Our Phases of Teen Therapy 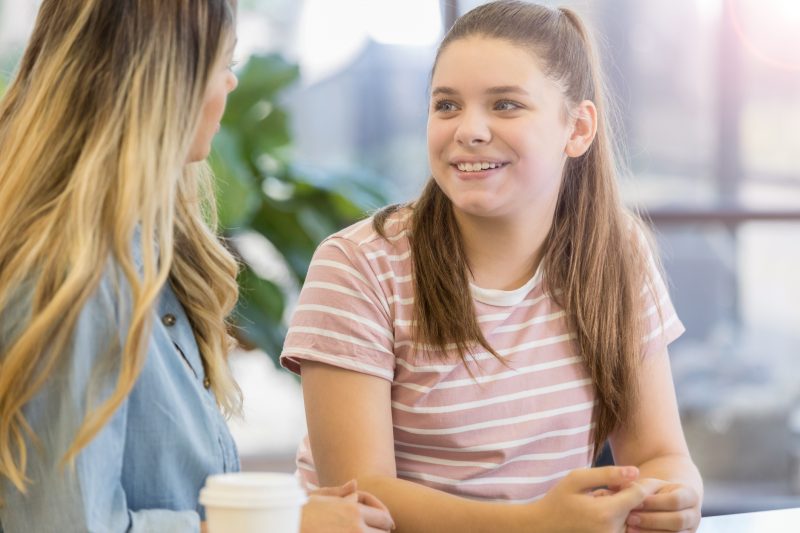 Girls in our care undergo three Cycle of Hope care stages over 12 months. Our residential treatment center for girls program is accredited by THE JOINT COMMISSION.

Though we treat other issues, a majority of the students in our intense program are here as a result of being diagnosed with ADHD, Oppositional defiance (ODD), Depression, Anxiety, Adoption-related issues, or Trauma (PTSD) from childhood physical, mental, or sexual abuse or tragedy.

Children and teens could have PTSD if they have lived through an event that could have caused them or someone else to lose their life or be badly hurt. Such events include sexual or physical abuse or other violent crimes. Disasters such as floods, school shootings, car crashes, or fires might also cause PTSD. Other events that can cause PTSD are war, a friend’s suicide, or seeing violence in the area they live.

Despite evidence linking childhood trauma to subsequent social, emotional, psychological, and cognitive problems, many children who have experienced trauma do not receive mental health treatment that has been proven to be effective. In utilizing the evidence-based practice of trauma-informed care we can help enhance the current negative state of mental health treatment for these young women. Here at Red Hawk, we utilize these evidence-based practices that had been proven worthy to help teens with PTSD.

During the teenage years, youth form an identity that is separate from their parents and begins to learn adult life skills. Adoption adds complexity to the normal developmental tasks of teenagers, regardless of the age they were adopted. Our Clinical team will create a designed program specifically to help our residents and their adoptive parent understand their adopted experiences and better understand how to respond with practical strategies that foster healthy development. These strategies include approaches that acknowledge trauma and loss, support effective communication, promote a teen’s independence, and address behavioral and mental health concerns.

What is ADHD and why is it so important to understand what it is?
Attention deficit hyperactivity disorder (ADHD) is a brain disorder with a number of likely causes. Available evidence suggests that ADHD is genetic and is passed down from parent to child. Researchers suspect that a gene involved in the creation of dopamine, a chemical that controls the brain’s ability to maintain regular and consistent attention may be to blame. Children and adults with ADHD seem to have low levels of dopamine. This chemical controls neurotransmitter activity in the brain that regulates the following:

Rejection Sensitive Dysphoria
Has your child always been more sensitive to criticism, teasing, or rejection than their peers? This can often be linked to ADHD and there is a name for it! Rejection sensitive dysphoria (RSD) is extreme emotional sensitivity and emotional pain triggered by the perception, not necessarily the reality, that a person has been rejected, teased, or criticized by important people in their life. RSD may also be triggered by a sense of failure, or falling short, failing to meet either their own high standards or others’ expectations.

When this emotional response is internalized, it can imitate full, major depression complete with suicidal ideation. The sudden change from feeling perfectly fine to feeling depressed that results from RSD are often misdiagnosed as rapid cycling bipolar disorder. When this emotional response is externalized, it looks like an impressive, instantaneous rage at the person or situation responsible for causing the pain. 50% of people who are assigned court-mandated anger-management treatment have previously unrecognized ADHD.

Often young women experience episodes of “acting in” instead of “acting out.” Depression and anxiety are ways our body “acts inward” as a response to something happening in our environment. Often times young women don’t understand what they are experiencing and are reactionary to the emotions they feel. Depression can be a serious mental health concern that shows up in a depressed mood or loss of interest in activities that gets in the way of daily living. Anxiety is also a serious mental health concern. It is characterized by feelings of worry, anxiety, or fear that that make daily living unmanageable. Many treatment options are available to address mild to severe symptoms of depression and anxiety.

Red Hawk Academy will help her get on the other side of inappropriate or risky behaviors.
Our team is well-trained to work with girls who are struggling with bad behavior, disrespect, legal problems, or school expulsion.

This form is for requesting admission information only. All information is kept confidential.

We believe each YOUNG person is a unique individual. We
respect the contributions they have made and will make in
their lives and to their communities. We are sensitive to their
social, emotional, intellectual, and physical needs. We
believe strongly in providing a physical environment that is
safe, clean, healthy, and oriented to the highest quality of life. 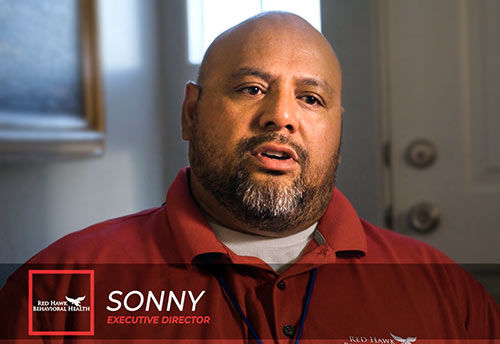 Red Hawk Academy has a holistic program with an intense clinical focus for girls who deal with life-controlling issues and want to heal.